According to research by Dr. Robert Cialdini on the science of persuasion, there are six core principles that you can use to be more persuasive.

The six principals apply to pretty much anything. For example, if you want people be friendlier towards you, start smiling and saying hello to others. One of Cialdini’s principals dictates that people will respond to your actions by following suit—soon you’ll have others smiling and saying hi right back at’cha.

Reciprocity is the idea that people respond
positively to positive action.

Fundraising tip: Find a way to include a gift or token of appreciation prior to (best case) or in (second best) your next fundraising letter. Send past donors a personalized gift, provide them with useful information based on needs you know they have, connect them with peers that can help them with something they are going through, make a difference in their community or help one of their loved ones. The key is that you are the first to give something personalized and unexpected before you ask them to support you again in this year’s fundraising efforts.

If there’s a limited amount of something you want, you’re much more likely to take immediate action rather than putting it off for later.

Fundraising tip: In your next end-of-year fundraising appeal create scarcity by offering a limited amount of something as a thank you in return for a donation. Ideally you’d have giving levels ($500, $250, $100, $50, $25 …) where the thank-you gifts are perceived as better and more scarce the larger the donation (i.e. Making a $1,000 donation got you a signed copy of a new book by a popular figure, but there are only 10 available).

Nonprofits are starting to do it more through popular crowdfunding sites like Kickstarter. Here is one example by Flagstaff EcoRanch – Growing Food to Grow the Local Food Network. 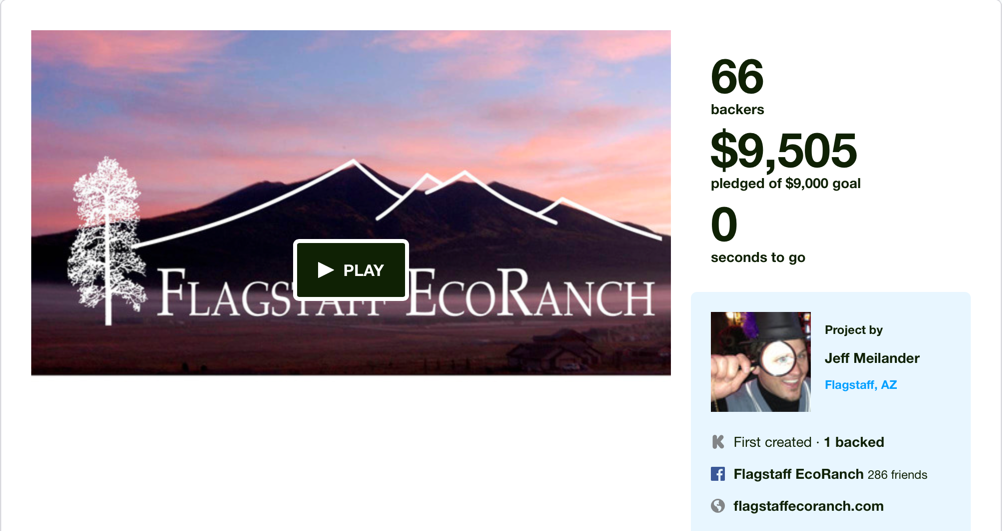 People tend to obey (or listen to in
our case) authority figures.

Fundraising tip: In your next fundraising appeal, try using quotes, pictures, videos, signatures, etc. from authority figures that support the work you do. If you use email as a way to solicit gifts, try sending your next fundraising appeal from someone well-known at your organization like the executive director. You could also try sending the appeal from a third party authority who has influence in your niche. Essentially, find ways to have authoritative figures speak on your organization’s behalf to your community of supporters. The key is to remember that it doesn’t always have to be someone from within your organization.

The #IceBucketChallenge has organically been backed by a lot of “authority” figures.

Once someone has committed to (or supported) something, verbally or in writing, they are more likely to follow through on that commitment.

Fundraising tip: Segment your fundraising appeals so that you target people appropriately. For those who have yet to support you or have shown very little support, start by having them take a simple action like signing up to be on your email list or liking your organization on Facebook.

After they do that, be sure to cultivate them further and ask them to pledge support to your organization in some other small way.  Ask that they tell their Facebook friends about their passion for your organization’s work. After that, go for a small $5 donation. Once a person has taken these small steps in support of your nonprofit, you can cultivate that supporter into a more generous donor.

You don’t need to be a large organization or get fancy to make this work. Start by asking people to share, like, or forward your fundraising email appeals. Better yet, before you ask for that next gift, send an email to your donors and simply ask them to share about the great work your doing and the impact you nonprofit is making.

I took the challenge and proceeded to pass it along to six friends, three from me and one for each of my boys who also participated (see pic below)! You’ll have to find me on Facebook to see the video. The point is that I shared my involvement with my network of friends, family and loose social networking relationships. That simple act will help to persuade others to participate—especially those I challenged. 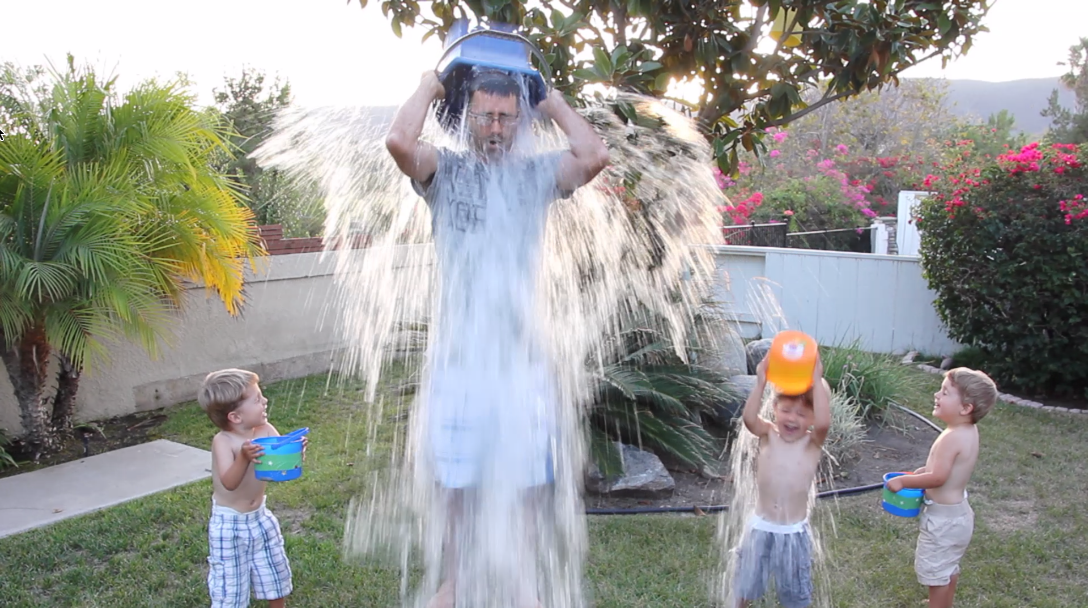 People tend to follow and do things
that they see other people doing.

Fundraising tip: Once again, the #IceBucketChallenge is a great example of persuasion. Through people’s sharing of their challenge videos on Facebook and YouTube, others see this as social proof.  “Seeing” the growth of the movement persuades others to also join in because they don’t want to be left out. The simple truth is that seeing a lot of people doing something will influence others to follow suit.

Incorporate social sharing in your fundraising campaigns. Put the Facebook like, ReTweet and ShareThis buttons on your campaign landing pages and donation forms. Make it simple for your supporters to share and talk about their reason for supporting your organization with their friends online.

One only need to check the twitter feed on ALSA.org in order to see the social proof in action.  Everyone from Bill Gates to Tom Cruise has taken the challenge. And ALS is all over pulling that “social proof” into their website so that everyone can see what others are doing. 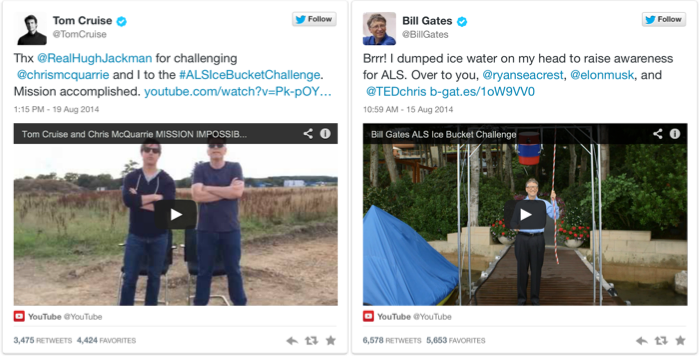 The Science Of Persuasion (Video)

Which one of the six principals of persuasion will you start using in your next fundraising campaign?